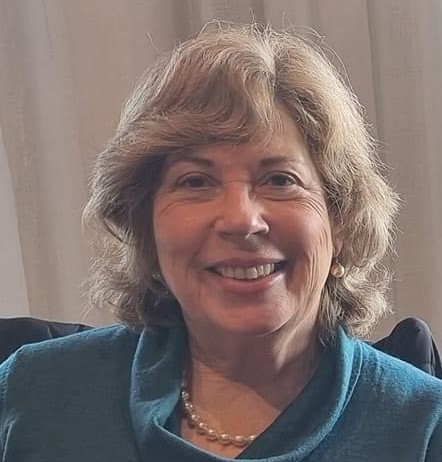 I have been a member of U3APP since at least 2017 and have very much enjoyed learning from the wonderful volunteers who give their time so generously.  Being mostly retired now gives me the opportunity to contribute to the management committee as my way of saying thank you and giving back in a meaningful way.

Albert Park has been home for the last 25 years, but I have lived in the city of Port Phillip for 40 years. I am a member of two local tennis clubs and have been on both management committees, play Bridge with my husband Bob Snell, am in my 5th year of Beginner’s French at U3A, belong to two book clubs, and am a regular attendee at the theatre and classical music concerts.

My professional background is in finance and governance, with qualifications in Accounting, IT, Corporate Governance, and being a graduate of the AICD Director’s course. Being an FCPA, FAICD, FGIA, FCG, and with an MBA helps explain my commitment to life-long learning and my interest in U3A’s course offerings.  Since retiring from my executive career I have been a director on a number of Victorian Government boards, Agencies and Audit & Risk committees.

As we age, we all want and need to keep our brains and bodies active by learning new skills, exercising, and refreshing and improving existing knowledge.

We benefit from being part of a community that is sharing these learning activities.

If you're retired or semi-retired and live in or around the City of Port Phillip, you can join the University of the Third Age, Port Phillip (U3APP). Our regular classes provide all kinds of opportunities to learn new skills, keep fit, and broaden your knowledge. Our very low annual membership fee gives you access to all our classes, and to a range of one-off events.

U3A Port Phillip is also a very friendly and supportive community, providing opportunities for you to make new friends, and to give back to the community by becoming a volunteer.

Our courses are held during the day, Monday to Friday, with occasional Saturday events.

Classes start as early as 9:15am and as late as 5:00pm.
Classes range in length from 1 - 3 hours - the average is about 1.5 hours.
Times are set according to the availability of rooms and the preferences of the volunteer tutor.

U3APP offers over 80 continuing courses ranging from Art to Yoga, as well as shorter courses and one-off events, all free to members for a modest annual membership fee.

All our courses are taught or presented by volunteers. This means the range of courses is partly dictated by the availability of people to teach, as well as by the demands of our membership.

Once you become a financial member of U3APP, you can enrol in as many courses as you wish for no extra charge (except for occasional charges for course notes, special venue hire, the cost of excursions etc). There are some limits set from time to time on the number of courses of the same type for popular courses such as languages and exercise courses - details are in our Enrolment Policies. There are no academic entry requirements nor any assessments or examinations.

We are always looking for new tutors and new ideas for courses. So if you have an interest or passion you'd like to share with others, please get in touch with our Course Coordination team.

MKC is the heart of U3APP. In this spacious Edwardian house, we have our Office, three classrooms and a Hall which are in more or less constant use by our members during weekdays.

Other community spaces used by U3APP include:

Our "Out and About" excursions can take you to a range of places in and around Melbourne, from the Royal Botanical Gardens to Bendigo Art Gallery.

Our Course Guides provide the information you need about where courses are held, with Google maps in each course description to help you find venues that may not be familiar to you.

U3APP is a not-for-profit organisation, entirely staffed by volunteers. We have well over a hundred volunteers. All our tutors are also volunteers and give their time for free.

It's your U3A, and we are always ready to welcome volunteers to help U3APP manage, expand and improve its courses and events (see Volunteers and Tutors). Indeed we expect that every member will contribute as a volunteer at some time.

In any one year, about a quarter of our membership is involved in some volunteer capacity. This shows how rewarding our volunteers find the task of keeping U3APP running and making it as efficient, successful and friendly as possible.

See the Governance page for details of who manages U3APP, and how.

U3APP is strongly supported by the City of Port Phillip, who own, manage and maintain the venues we use for our courses and events.

We receive some grant funding from local, state and federal governments, administered via U3A Network Victoria.

U3APP also benefits from the use of discounts on computer hardware and software that are available to not-for-profit organisations. This includes a range of discounts obtained via Connecting Up, and discounted use of AppSheet which we use for electronic class rolls.

U3APP stands for University of the Third Age, Port Phillip.

The University of the Third Age is an international movement operating in some 30 countries, all states in Australia, and in most councils in Victoria. Its aims are the education and stimulation of mainly retired members of the community—those in their third 'age' of life. It is commonly referred to as U3A.

There is no universally accepted model for the U3A. Its original conception in France as an extramural university activity was significantly modified in the United Kingdom where it was recognized that most people of retirement age have something to contribute and the emphasis has been on sharing, without formal links to traditional universities.

A British U3A website says about "The Third Age" membership eligibility:  "The 'third age' is defined by a time in your life (not necessarily chronological) where you have the opportunity to undertake learning for its own sake. There is no minimum age, but a focus on people who are no longer in full-time employment or raising a family." [Wikipedia]

While membership of U3A doesn’t technically have an age restriction, the organisation was set up, and is predominantly run, for the benefit of those in their third age of life, usually retired or semi-retired, but still with an active interest in learning, teaching, new experiences and meeting like-minded people of a similar age, with many new and long lasting friendships formed from these meetings.

While we are delighted to receive new membership enquiries, we feel those of a younger demographic would perhaps not reap the benefits of the courses we have on offer, especially since they are intended for, run by and targeted to members of this older demographic. 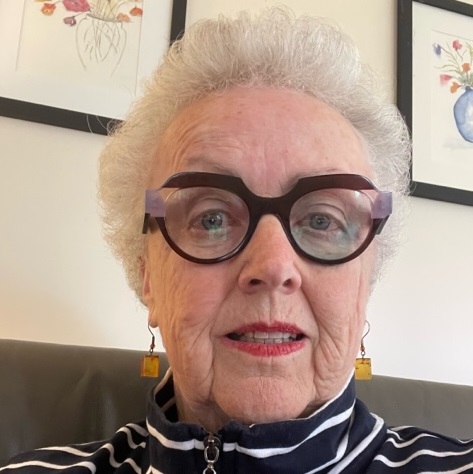 Margo has been part of U3A PP for 8 years and enjoyed a variety of courses through that time. She is currently enjoying playing with the Beaut Ukes and is looking forward to seeing what extra possibilities will be found in the 2023 course guide.

Personal history includes “millions of people” and Vera the cat-ask me for photos.

In the past Margo’s U3A involvement includes working collaboratively in the office at a time of change (computers), being the representative on CoPP Older Persons Consultive committee, developing a brochure and other bits and pieces as requested.

Margo is interested in people, being organised, participating, seeing things achieved and is looking forward to an opportunity to contribute in the next few years. 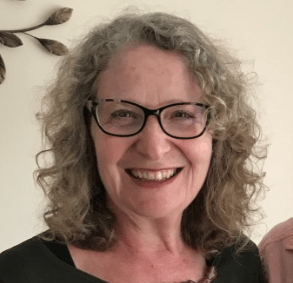 I have spent most of my working life in Information Technology. I started as an Analyst Programmer (writing software) but eventually moved on to become a Business Analyst (designing software) and Project Manager. I also spent three years working as a TAFE teacher of Business Computing.

In 2019, I helped my sister form the activist group Grandmothers for Climate Action. I continue to administer  the Facebook Group which currently has 215 members. In 2021, I ran a class on Climate Action for U3APP – a project initiated through GfCA. The class members agreed they wished to continue meeting and this group now continues as Climate Champions. We have begun writing articles for the U3APP e-bulletin, with more projects to come.

Although I have worked mostly in I.T., my real passion is in mental health, especially in the Aged Care community.  Until Covid-19 hit in 2020, I spent a number of years volunteering at an Aged Care Facility, with the aim of improving the mental health of some of the residents.  I still regularly attend webinars offered by Swinburne University’s “Wellbeing Clinic for Older Adults”.

On a personal level, I live with my partner in Elwood and have two daughters, one of whom lives in Los Angeles. As of September 2021, I am also a grandmother to an American / Australian boy, whom I am yet to meet in person.  I love to travel and feel very lucky to have managed to get in a long wished for second trip to India in February 2020 just before travel out of Australia was shut down.  I believe that maintaining physical as well as mental fitness is important, especially as I age. Although definitely no athlete, I have belonged to one gym or another for about 30 years. 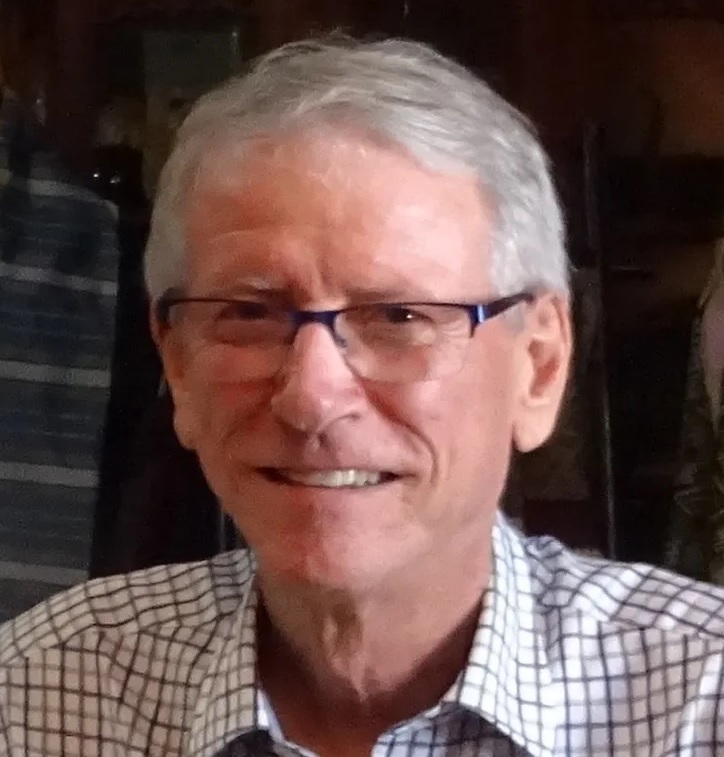 I have been an active member of U3A Port Phillip for three years taking classes across a range of topics and volunteering briefly in the Marie Kehoe Centre Office. I have seen first-hand how very important U3A is to older members of the local community, intellectually, socially and physically. I was honoured to be appointed to the Committee of Management in June 2022 where I hope to make a contribution to growing U3A Port Phillip.

By way of personal background, my wife Denise (also an active U3A member) and I have lived in St Kilda since 1987. We have raised two daughters, and have close relationships with three now-adult grandsons and a granddaughter. My leisure interests are sketching and painting, theatre, music and travel. I used to love skiing but no longer have the muscle power!

In terms of professional career, I taught and conducted research at the University of Melbourne (1965-7, 1971-4), Victoria University (1974-87) and Deakin University (1987-2011). I have been Professor Emeritus since ‘retiring’ in 2011. My research publications focus on cultural heritage, particularly in relation to human rights, sustainable development, peace and security, World Heritage and Asian heritage (especially Vietnam). This research led to being awarded an AM in 2020.

Outside of academia I was a member of the Victorian Heritage Council for six years and president of Australia ICOMOS for three. I have undertaken UNESCO and ICOMOS missions to Bangladesh, China, Laos, Pakistan and Vietnam and I was part of the small team that drafted UNESCO's World Heritage and Sustainable Development policy (adopted November 2015). An interesting career, visiting some of the most fascinating places in the world.

On-line: after bookings have opened

On-line enrolments are preferred as this significantly reduces the amount of back-office work for our volunteers.

If your enrolment is successful, you will receive a confirmation email.  Please check your Junk/Spam folders as these automatically-generated emails often finish up there.

If your enrolment is unsuccessful,  you will receive an email telling you that you have been waitlisted.

Via the Office: after bookings have opened